Living half a world away from my birth place means that I'm removed from my childhood in time and space. Last year I had to take care of my parent's old apartment back in Germany and I spent more time in my old hometown than in many years.

My hometown, Dachau, is a relatively small county seat with the town itself maybe having a population of 45,000 and the surrounding county being dotted with small villages, still heavy with farms and fields, although the draw of nearby Munich and its modern influence being ever more apparent.

One day last spring I took a break from clearing out my parent's basement and drove my rental car out to where I had actually spent most of my childhood. It's a small brick factory up on a hill, surrounded by fields, with a few apartment buildings where my dad had rented a very reasonable apartment since he worked for the company that owned the brick factory. 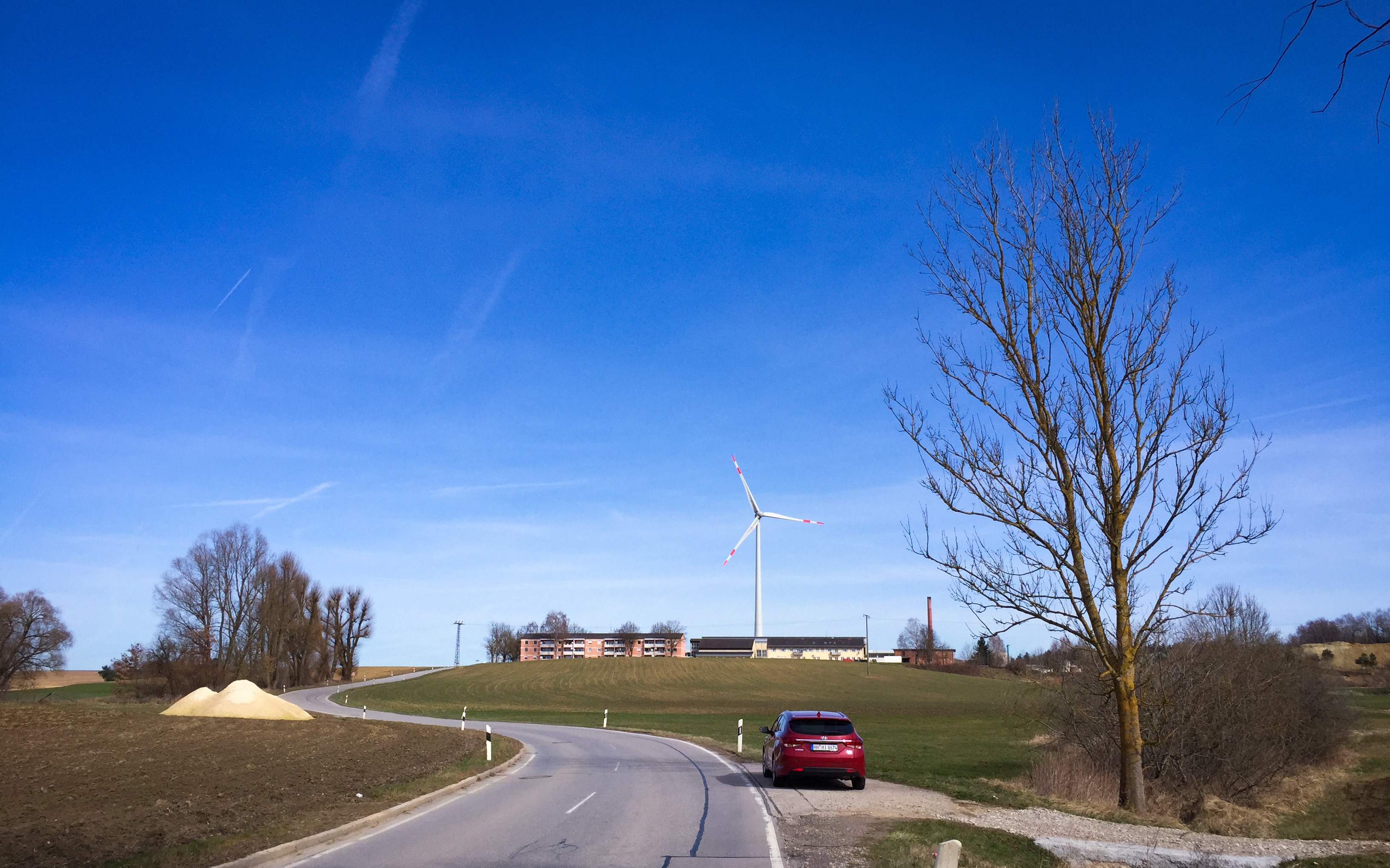 The area had not changed much - the factory was still churning out the same bricks as forty, fifty years ago. There was now a giant wind generator and a nearby forest had completely disappeared, but otherwise things looked as a remembered them.

I parked my car at the foot of the hill and took a little walk.

Memories were flooding in.

Immediately as I got out of the car, the smell of the area was familiar. Earthy, heavy soil, a bit mossy as everywhere around Dachau. Deep undertones of water and mud from the nearby creek that I and my friends had so often waded through.

Birds were singing, and I recognized their songs as I would in no other place - these songs had been passed among the birds from generation to generation in this area and they were the sounds of my childhood.

The street with its lazy s-curve that we so often rolled down on our bikes and pushed back up. I vividly remember a strong winter when I was maybe six or seven years old when the road was closed to cars and we were actually sledding down this hill. Now unimaginable.

Being back in this spot after 40-something years and after travelling nearly 10,000 kilometers felt like clicking two old Lego bricks together. Even after all this time, it was a perfect fit.

Looking around me was dizzying. If I was half-closing my eyes, I could see my childhood friend Klaus walking through the fields. The scents and sounds broke down time and space. It felt like if I would stand very, very still, I could slip back into my childhood, shedding a lifetime's distance and begin anew.

I stood there for a very long time, listening to the birds sing their endless songs. Breathing deep.