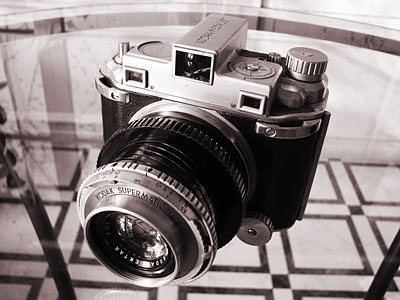 This is my Kodak Medalist, made in 1943. The Medalist was produced through most of the 1940s and during the war many of the cameras were specifically made for the armed forces. The military versions, like the one I own, had a black anodized lens tube to reduce reflections in combat situations. I don't know if my camera saw any action during the war, but it sure has some interesting scratches here and there. 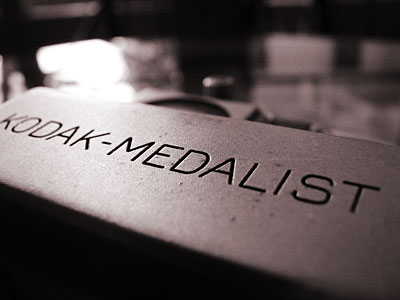 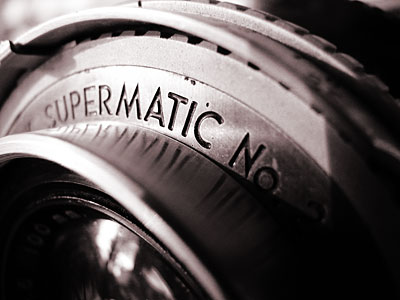 The Medalist was a complete re-imagining by Kodak of how to build a medium-format rollfilm camera. Most other medium format cameras of the time were folders, and to support the coat-pocket format these cameras were built relatively light. 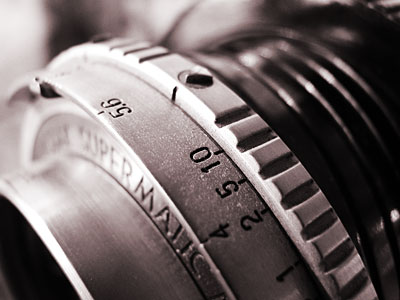 But the Medalist was different. Very heavy and incredibly sturdy, with a big lens that extends on a bulky double-helix. There are reports that some soldiers who had been issued with these cameras actually used them in close combat by swinging them - and from carrying a Medalist around on hikes, I understand where this sentiment comes from. 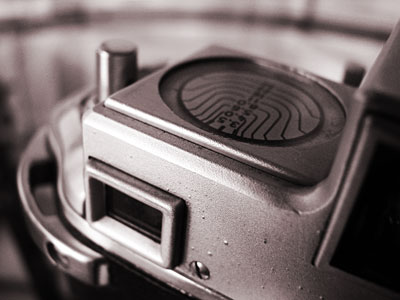 When you first hold a Medalist, you are surprised by the weight of the cast aluminum body, and with more than three pounds it is a camera that never travels easy. Placed on a shelf next to other cameras, the Medalist positively looms over its contemporaries. 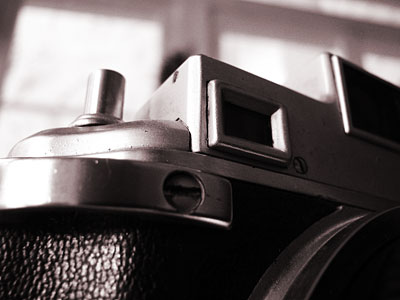 The lens of the Medalist is a jewel - sharp and reliable, with a large aperture. Many of the landscape pictures that I've taken with this camera feel very airy, light and crisp. This impression is also supported by the 6x9cm film format, which allows for wide landscape shots with a lot of breadth and depth. 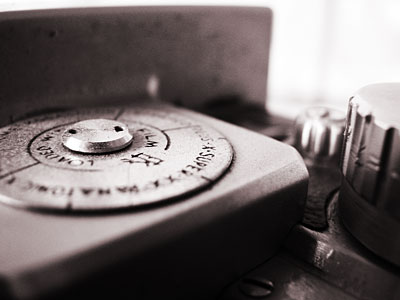 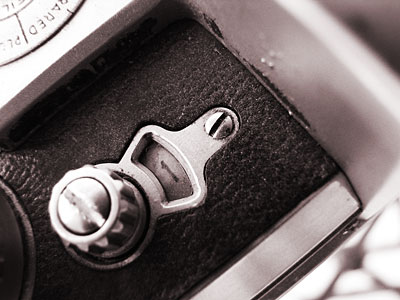