Every year in winter I take a weather-imposed break in my bike commute, relying on the bus to get me into the city and back home. Generally, our weather allows biking year-round, but in December and often in January the weather can be very unreliable and I don't want to get caught in a rain shower on the Golden Gate Bridge. The cold rain combined with the typically strong wind makes for very unpleasant biking conditions.

Now this week the weather cleared up enough to start the biking season for 2019, and I'm happy to report that my commute is still as gorgeous as always. 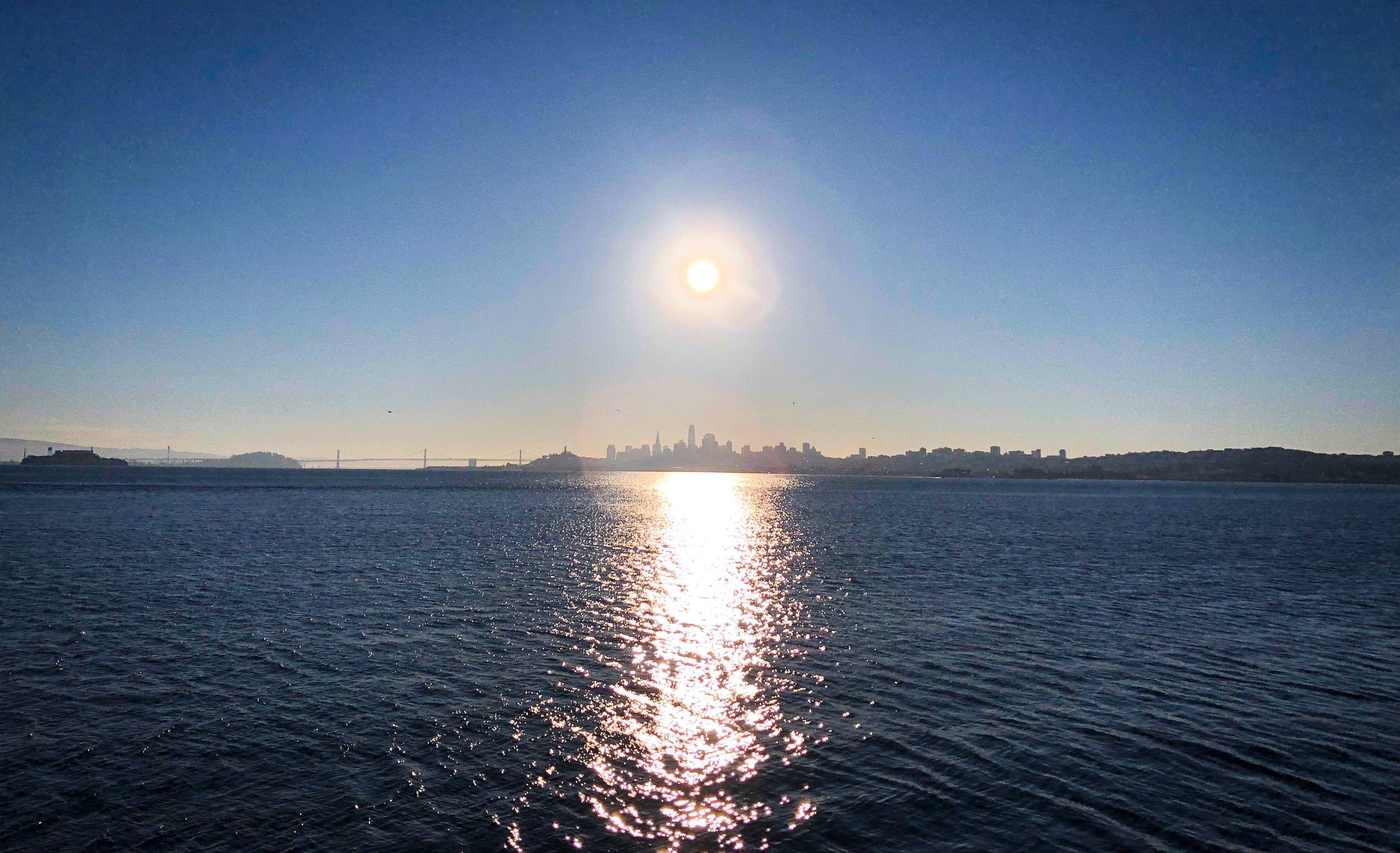 We've been living in Sausalito for almost 10 years now and I've been biking across the bridge several times a week in usually pleasant weather, which over the years averages out to at least one trip a week according to my biking app.

There's been a couple of years with only a little biking due to injuries and illness, but then again some like last year where I averaged almost 3 bike commutes a week for the whole year. 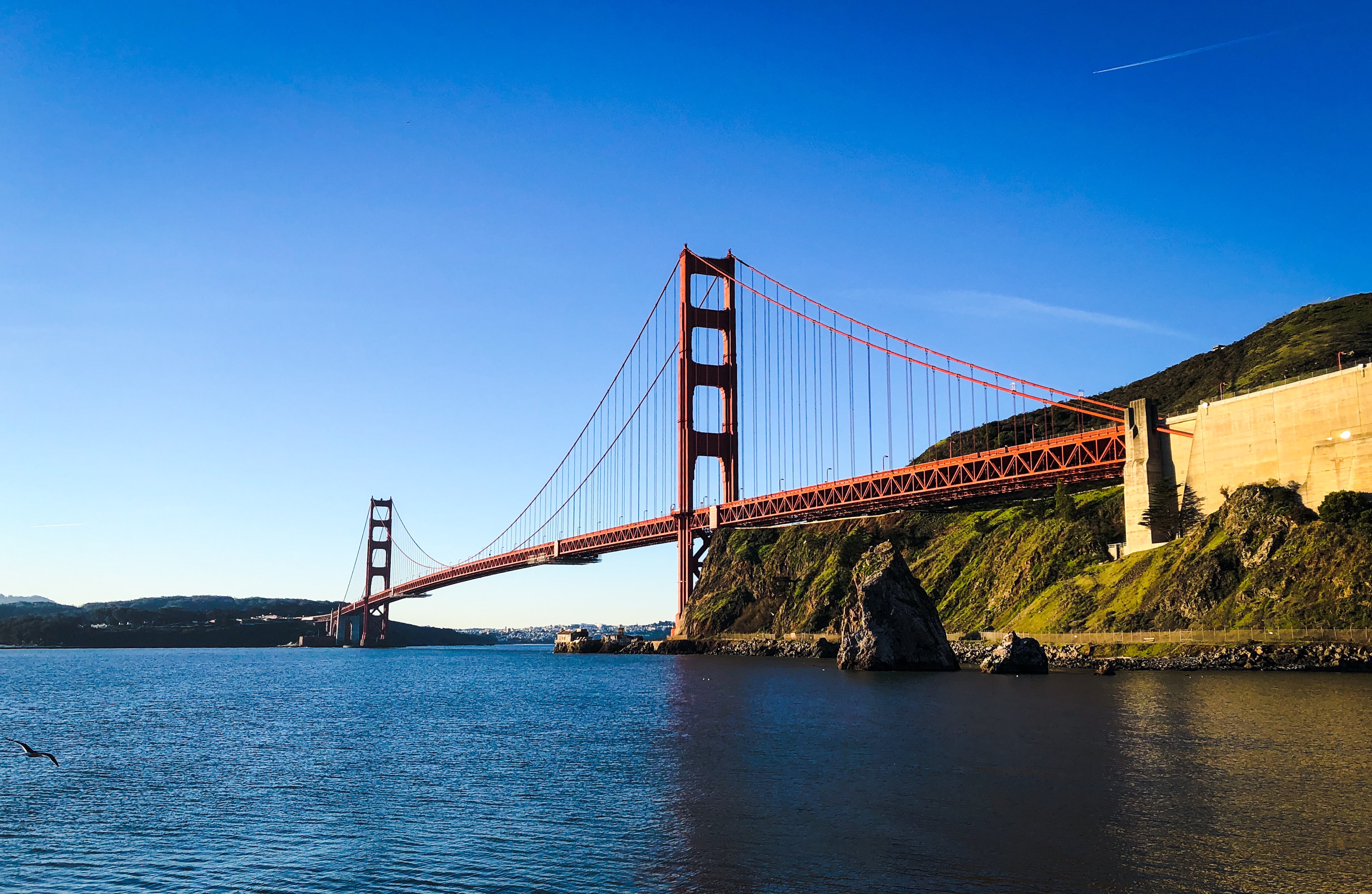 Effectively, this means that I've crossed this bridge by bike around 600 times at this point. This leads to some entertaining calculations:

The Golden Gate strait is a little over 1.6 kilometers wide, so I've been biking at about 70 meters over the waters of the Pacific Ocean for almost exactly 1000 kilometers. My average speed is about 20 km/hour, so I spent a total of 50 hours biking non-stop over ocean currents.

I'm generally as happy as I can be when I cross the Golden Gate Bridge. Like many people from all around the world, the bridge was always a symbol for the spirit of the United States and especially California and coming here and seeing the bridge at least once was on my wishlist.

I still distinctly remember my first time coming out to the Bridge as a tourist, back in 1989, being amazed by its size and shape and the incredible beauty of the Golden Gate with the wilderness of the Marin Headlands on one side and San Francisco elegantly draped over its many hills on the other.

While many of my trips across the water have been filled with these wonders of the environment around me, of course there have been low times too.

First of all, the weather can be treacherous. My bike ride takes almost an hour, and there have been days where I misjudged the weather and got into serious rain storms up on the bridge. Sometimes even just fog can turn into nasty ice-cold wind-driven drizzle high up on the bridge, reducing me to a frozen, shivering, dripping picture of misery in a matter of minutes.

And then there have also been days where I returned from the bridge after seeing a person out on the railing, being softly spoken to by a police officer. Or worse, search teams out on the water.

After so many years this has happened often enough that I always have an eye on visitors on the bridge, looking out for the lonely ones. When I see someone alone out there, I always try and say Hi. At least give them a smile, see if they are OK. I've seen people cry on the bridge - both of joy and of sorrow.

Most people out on the bridge are in a festive mood, often fulfilling this one dream that I also once had - of seeing the Golden Gate Bridge at least once. Of traveling out to the west, to the end of the continent. To that one place where everything seems possible. To San Francisco, a city born out of the dreams of generations of optimists and gamblers.

It's a joy to see the tourists from all over the world coming up on the sidewalk of the bridge, their eyes raised to the giant red towers. The size of the structure really only becomes apparent when walking out past the towers. Suddenly you are high above the ocean, with the panorama of San Francisco Bay laid out all around. There is no other view like it anywhere in the world.

This feeling does not subside, even after the many hundreds of times I've been on the bridge. The beauty of the landscape and the ocean, the brisk wind with its scents of the sea, the crisp blue sky often half-hidden behind a dense fog bank, the intense colors of the many sunrises and sunsets... it has all become part of who I am and how I see the world.

And again, I am looking forward to the next time I will be biking over water.