Family in a Box

After spending a lot of time on sites like Swapatorium, Ookpik's Negativity and Square America, I thought it's my turn to try my hand at the big eBay Slides Roulette... I went and freed a couple of boxes of slides from different traders and now the first little box arrived via the US Postal Service... and I got a family in a box! 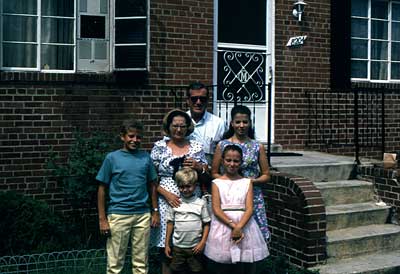 Check out mom's glasses! This shot is from August 1969.

There are also many pictures of trips across the country. To Washington DC, to Yosemite, to San Francisco... Here's a picture of mom taking a picture of dad up in the Marin Headlands with the foggy Golden Gate Bridge in the background... 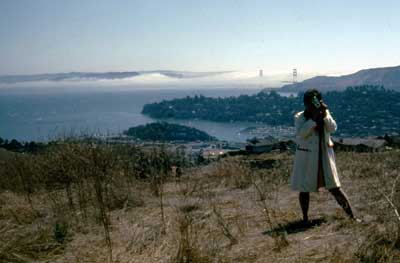 ...and many other family moments that should be unforgettable. Like that trip to Japan in 1965, which must have been quite a special trip for that time, or the golfing trips to Hawaii. Or the time mom and dad rented that Mustang and drove across the Sierras.

Like with the cameras that contain never-developed film that I sometimes find on eBay, I can not fully comprehend how these boxes filled with family moments end up on the market. Looking at the first picture, all the kids in this family should still be alive forty years later, and some of them should have their own nearly grown up children themselves.

It's eerie to see these people and to know that they are somewhere out there. The pictures are haunting in their everyday quality... like with the found films, these could be shots from everybody's family album, but we all hope that there is never a tragedy that scatters our own albums out into the world, to be bought and scanned by strangers.

Here's one more shot that was intended to be kept: 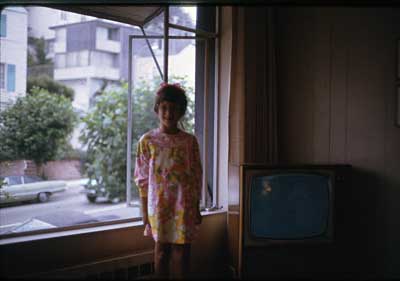 It's July 21st, 1969. Dad took this picture of his daughter next to the running TV to commemorate the day when the first man walked on the moon. You can barely make out Neil Armstrong in his bulky, white suit standing next to the ladder of the Lunar Module in the fuzzy picture on the TV.

I can pretty much hear her daddy's voice: "You'll remember this day for the rest of your life!"