Just before the Pandemic began - so about two years ago - I started a serious effort to learn Blender. I usually work on a random 3D project on my weekends, so progress has been slow. But it has been consistent progress and I'm now relatively confident in modeling hard surface objects and environments.

Here is a recent project that I finished just before the end of the year: A calm forest stream. This was really just an experiment with a new way to create realistic water surfaces, but it became its own little world by the time I was done. 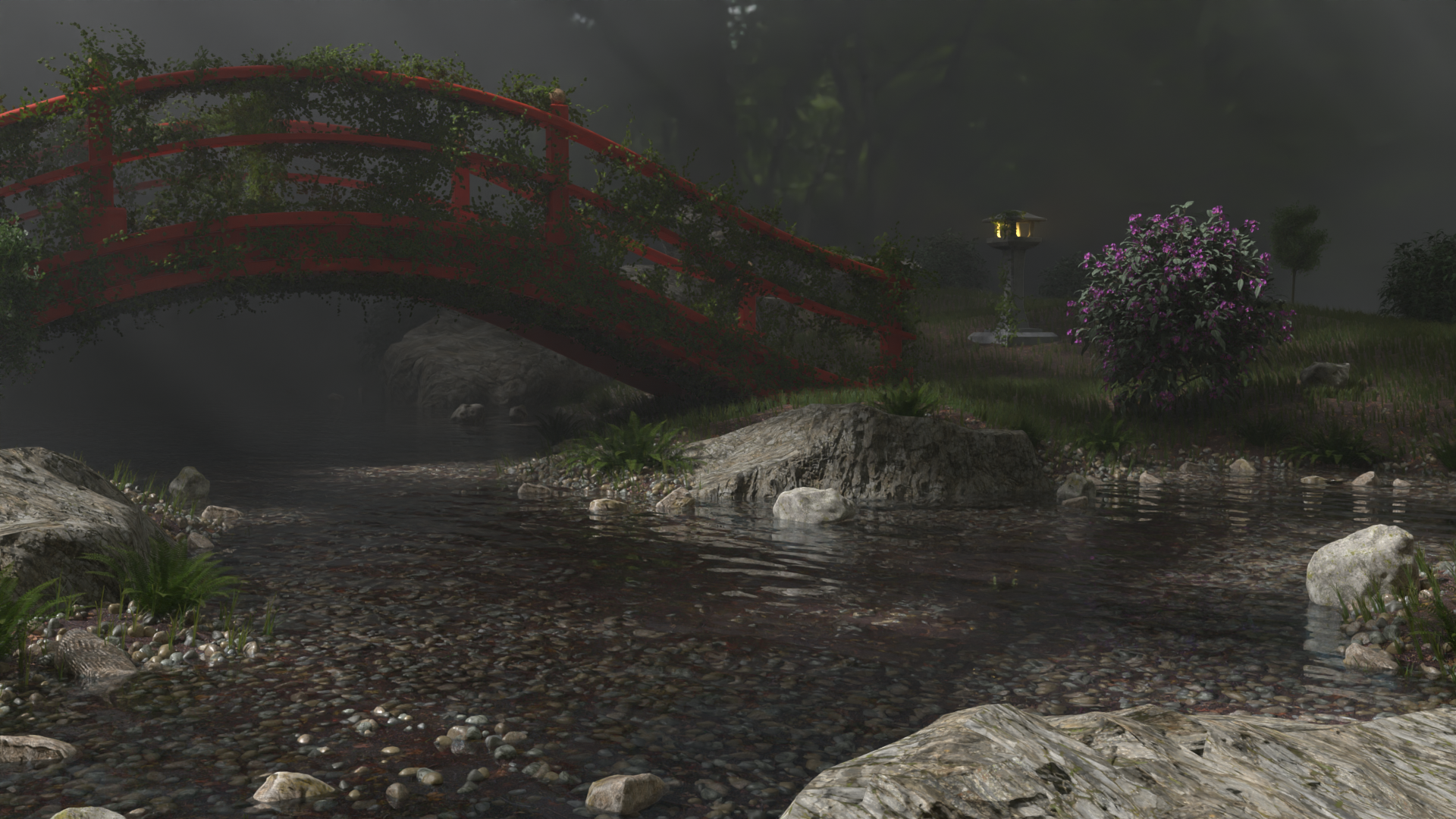